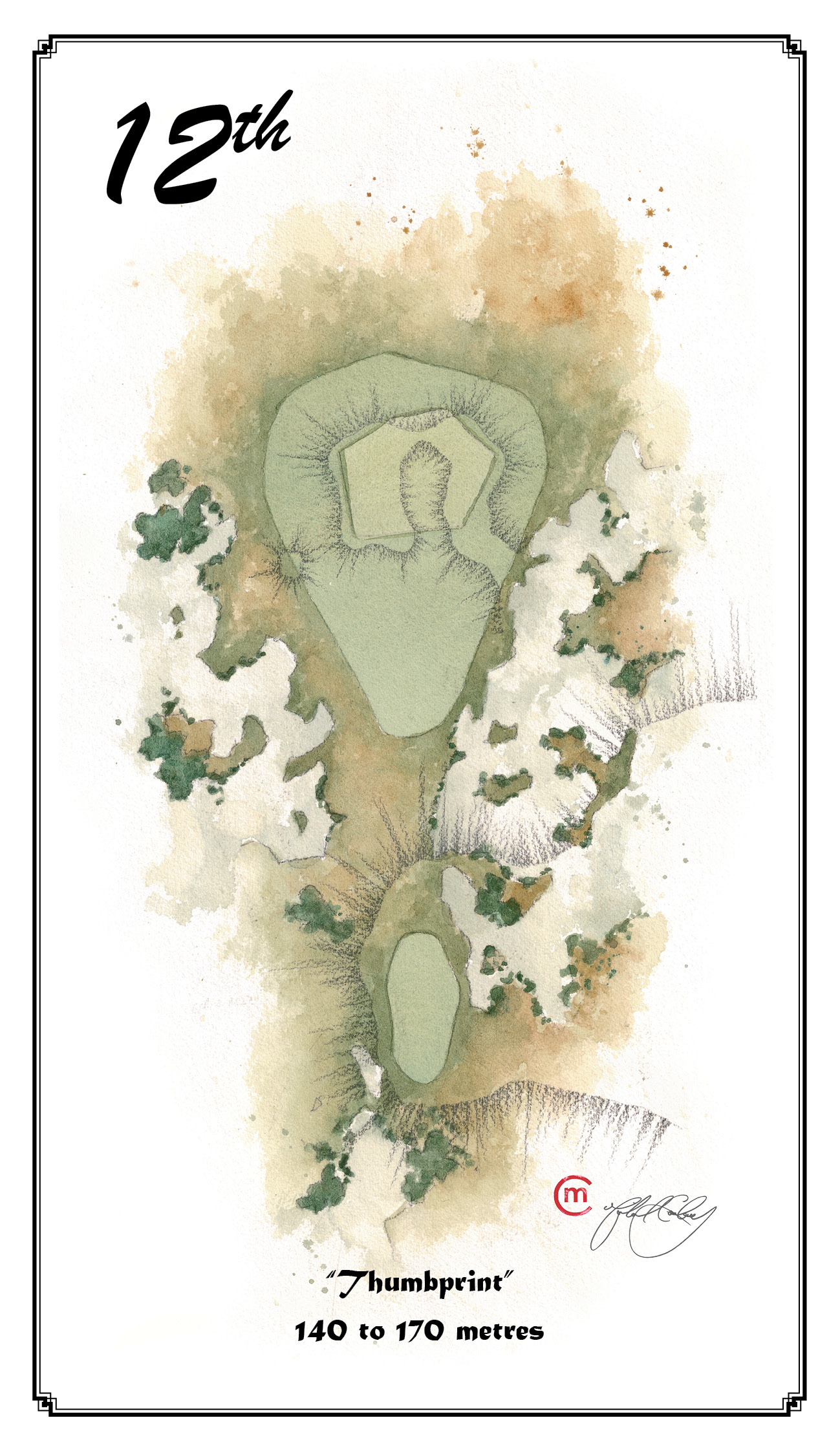 A green with a large indent in its centre, shaped almost as if a thumb had been pressed deeply into its middle. Such thumbprint greens were a common feature of the ‘short’ template hole commonly used by Macdonald and Raynor in the early 20th century, with the best examples found at Sleepy Hollow (New York), 10th at Chicago GC and the 6th at the National Golf Links of America. Three distinct pin positions here, left, centre or right with the centre in the middle of the thumbprint probably being the easiest. Any shot running off the back is punished so the play is to be short.

The course is open every day of the year except Christmas day.