In 1921, a group of Point Lonsdale residents, under the leadership of Mr. A.M.Nicholas of Aspro fame, together with some holiday home owners got together and decided to buy some land and establish golf links at Point Lonsdale. 43 acres, Lot 7 was purchased for ₤1000 from Mr. R.Thomson. 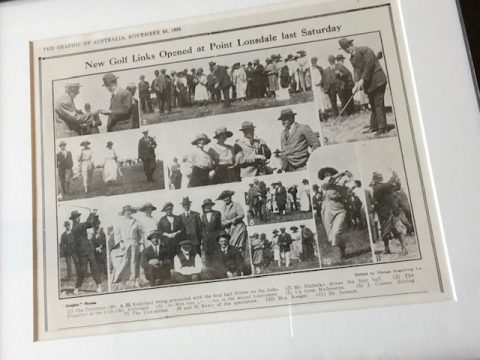 This land extended from Fellows road (then Boundary Road) north to Lake Victoria with the southwest boundary approximately opposite Kirk road. This land was some distance from the settled areas of Point Lonsdale.

From the beginning, these enthusiastic golfers and friends wanted a traditional course with good conditions and grass greens; for it was to be not only suitable for their use but to be a tourist attraction as well, encouraging golfers to come to the area.

Then it was down to hard physical work. Almost all this was done with volunteer labour by these people and their friends and families. A nine hole course was marked out and the task of clearing and levelling the land began.   With dogged determination and much blood sweat and perhaps tears, this staunch group of towns people and holiday homeowners from very diversified backgrounds set out with one purpose – to make themselves a prestigious golf course with quality playing facilities. 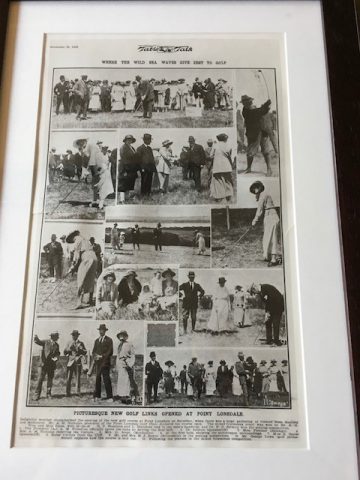 Some horse drawn implements were used along with enthusiastic would-be golfers. Grass was sown on the greens but was slow to grow so it was decided to make sand scrapes near each green to be used until the grass was suitably strong and ready.

After about eighteen months of toiling the Opening Day was held on Saturday, November 18th 1922. Mr. A. M. Nicholas, the inaugural President, drove the first ball off the first tee and declared the “Point Lonsdale Golf Links” officially open.

Almost 100 years later, the Club now known as Lonsdale Links (Lonsdale Golf Club Inc.) has undergone a complete course and Clubhouse redevelopment, subdividing and selling land, as well as purchasing neighbouring farmland to extend onto. The redeveloped course and new clubhouse opened to the public in December 2020.

We look forward to celebrating the Club’s Centenary Anniversary in 2022.

The course is open every day of the year except Christmas day.